Blastocyst- An embryo known as a blastocyst has two different cell types and a sizable, central chamber filled with fluid. By day 5 or 6 after fertilisation, most embryos with the capacity to develop into blastocysts have already done so.

The inner cell mass, which is made up of the cells at the centre of the blastocyst, will implant to become the foetus. The trophectoderm, which will eventually give rise to the placenta, is formed by the single layer of cells that surrounds the blastocyst.

Blastocyst culture- Until recently, it was challenging to culture embryos to the blastocyst stage. As a result of scientific advancements, culture medium have been created that imitate the changing conditions of the reproductive system and are tailored to the specific needs of the embryo as it passes through the fallopian tubes. In a laboratory setting, 65% of embryos successfully develop to the blastocyst stage.

An embryo's appearance cannot dependably foretell blastocyst formation or implantation potential. It can be quite challenging to decide which embryos, when we have several, have the best chance of developing into a healthy pregnancy early on in the embryonic process. By holding the embryos in the lab until day 5, when they start to develop into blastocysts, any variations between them can become more obvious. Therefore, when there are a variety of embryos to choose from, blastocyst culture enables the embryology team to identify the best embryos for transfer.

Up to 60% of each blastocyst has the potential to implant. A healthy singleton pregnancy is more likely with the ability to transfer a single blastocyst with a high implantation rate, and multiple births with their accompanying dangers are less common.

The majority of embryo transfers in the past took place on days two or three. In any event, the majority of excellent clinics have moved on to routinely performing day five (blastocyst) transfers. Tragically, many IVF clinics in India still transfer embryos on the second or third day because this is not yet the common option. This is primarily due to their lack of high confidence in the capabilities of their research centre; and their embryologist's ability to cultivate eggs up to day five. They justify this by telling the patient that it's preferable for the embryo to hatch inside the uterus earlier, which is why they lean toward transferring the embryo into the uterus. However, there are a lot of disadvantages to this, therefore you should request that your doctor perform a blastocyst transfer on your behalf.

When compared to Day 2 or Day 3 transfer, blastocysts have a higher possibility of implanting, hence the success percentage is higher with blastocyst transfer. They are more likely since they are more developed and have more cells. When compared to transferring three or four Day 3 embryos, the specialist can reduce the number of embryos to be transferred and exchange only a few blastocysts while still having a high pregnancy rate.

Additionally, since the expert is only exchanging 1–2 blastocysts, you can freeze the extra blastocysts, giving you the chance to complete multiple cycles in the future. In light of the fact that the overall pregnancy rate is increasing, this makes it more useful.

The final and most important reason to request a blastocyst transfer is that you won't have to endure the scary 2-week wait during which you won't know whether you will become pregnant or not if you have poor quality embryos. Therefore, if the IVF cycle fails after exchanging Day 3 embryos, it is impossible to determine if the problem was that the foetus did not develop further or whether there was some other reason why the implantation failed. Even more so, you're uncertain as to whether your embryo will live for five days or not.

This is especially true for older women with fewer eggs. Such women are more likely to experience a failed IVF because their embryos are more likely to halt and not develop into blastocysts. Many of the embryos can be genetically abnormal.

These are the patients who might benefit most greatly from a blastocyst transfer. However, because they typically have poor ovarian response, the doctor is reluctant to develop the embryos all the way to the blastocyst stage when just 3–4 eggs are collected. The patient will blame them if it doesn't work out.

For this reason, they would much rather transfer the embryos back into the uterus, where they could claim "implantation failure" if the cycle did not succeed.

However, following the embryo swap, the patient is duped into believing that "Amazingly, possibly this embryo may implant and grow into a baby," which is why they are so optimistic during the waiting period.

This misplaced hope causes pain. They believe that their uterus rejected the embryo at the time when the cycle ends prematurely, which is when they are persuaded to pursue surrogacy. This is terrible advice that is completely inaccurate because the problem is with the egg, not the uterus.

Kasturi develop new life stories by fusing cutting-edge technology, world-class research, and human understanding. Kasturi hold onto hope and persevere in the face of adversity, but we also hold fast to honesty and reasonable expectations. There aren't any empty promises or assembly-line mentalities here; just a thoughtful, knowledgeable approach to getting the greatest result.

Kasturi wants to show you the quickest route to the most joy. We'll help you every step of the way as we lead you down your own special route. 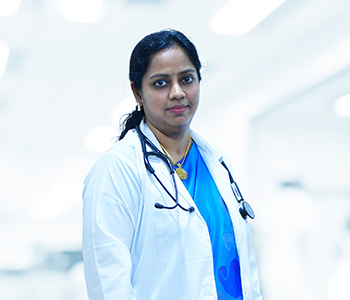